Blog
You are here: Home / Blog / Alzheimer's DIsease / Risk of Alzheimer’s: Why Is It Higher for Women? 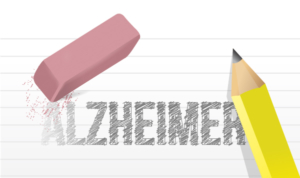 Researchers are at long last starting to get a handle on why the risk of Alzheimer’s is so much higher in females than in men. Currently, up to 2/3 of people with Alzheimer’s in the United States are female, and as researchers continue to better comprehend the specific nuances behind this pattern, we are able to begin to address them.

According to the Alzheimer’s Association’s Director of Scientific Engagement, Rebecca Edelmayer, “Women are at the epicenter of Alzheimer’s disease as both persons living with the disease and as caregivers of those with dementia. Over the last three years, the Alzheimer’s Association has invested $3.2 million into 14 projects looking at sex differences for the disease and some of the findings today may explain risk, prevalence, and rate of decline for women.”

The historic notion has been that females essentially have a greater than expected lifespan, and we realize that Alzheimer’s is more prevalent as people get older. Nonetheless, the theory has shifted to also include the following further determinants:

Each one of these results focus on the need for women to take care of their own overall health, and Responsive Home Care, the top providers of home health Hollywood, FL and the surrounding area can find, is prepared to assist. We offer the dependable respite care that allows family caregivers to take much recommended breaks from caring for their loved ones while focusing on self-care. Our caregivers are specially trained and experienced in meeting the unique needs of individuals with Alzheimer’s disease, giving loved ones the peace of mind in knowing their cherished older adults are getting the best care. Contact us at 954-486-6440 for more information.