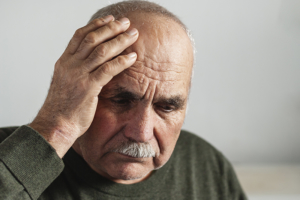 Could memory and focus problems be the result of chemo brain?

Confusion. Short-term memory problems. Inability to focus. Could it be Alzheimer’s?

Perhaps; however if you are a cancer survivor, there is another likely culprit that could be at play: chemotherapy. Known as chemotherapy induced cognitive impairment (CICI) or “chemo brain,” effects such as these can continue for months and on occasion even years post-treatment. END_OF_DOCUMENT_TOKEN_TO_BE_REPLACED 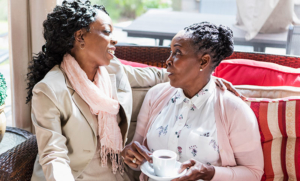 It may have been suspected, or maybe broadsided you out of nowhere. Mom has just received the official diagnosis for a progressive disease that’s going to make independent life a challenge. While there are lots of unknowns, one thing is for sure: she is insistent about remaining at home – meaning you may need to learn how to be a supportive family caregiver.

If you are feeling a bit stressed with what to anticipate next, these guidelines can certainly help.

It’s important to know about the chance for depression and caregiver burnout, and to take the appropriate steps immediately in the event that you start to experience red flags such as:

Locating a dependable care partner provides time for you to see a physician for a checkup to rule out other potential health problems, to speak with a therapist to effectively work through the many emotions involved with caregiving, and to relax and recharge.

The Weston home health care team at Responsive Home Care is here with further resources for family caregivers, as well as skilled, dependable respite care services that enable a healthier life balance. Reach out to us for a complimentary in-home consultation to find out more about our services and list of communities served. 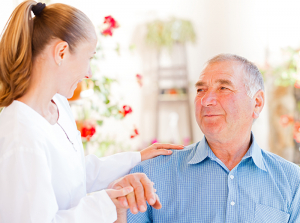 These first signs of Parkinson’s can be overlooked, leading to a delay in diagnosis.

What comes to mind when you think of the first signs of Parkinson’s disease? Tremors? Rigid muscles? While these are certainly common symptoms associated with Parkinson’s there are a number of lesser-known signs and symptoms that family caregiver should be aware of. Knowing about these less-familiar symptoms is important in achieving a timely and accurate diagnosis. If your loved one displays any of the following, alert his or her physician for further investigation:

Providing care for a loved one with Parkinson’s disease can be challenging, but partnering with a professional in-home care team like Responsive Home Care ensures seamless, high quality care at all times, and allows family members to take much needed time away to care for themselves. In addition to respite care, our compassionate care team can assist with a variety of tasks to help those diagnosed with Parkinson’s maintain dignity and independence, such as:

As the most experienced and best home care company in Fort Lauderdale, FL, and the surrounding communities, families have trusted Responsive Home Care since 1994. To learn more about how we can help a senior you love navigate a Parkinson’s diagnosis, contact us at (954) 486-6440. For a full list of the communities where we provide care, please visit our Service Area page. 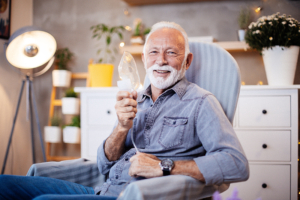 Seniors with COPD have had to remain especially vigilant since the COVID-19 pandemic started, because they are likely at both an increased risk for contracting the virus and also for developing more serious complications. A newly released study published by the European Respiratory Journal reported that people with COPD were more apt to be admitted into the ICU, require ventilator care, and succumb to the virus than those without the disease.

And even though the CDC gives suggestions for all of us, as well as those diagnosed with COPD, in order to avoid contracting the illness, such as frequent handwashing, social distancing, and staying home whenever you can, one advisory is particularly a struggle for someone with breathing difficulties: wearing a face covering. The American Lung Association suggests that individuals diagnosed with COPD try a number of different kinds of coverings to discover the one that’s most comfortable, and wear the mask around the house for brief periods of time in order to become more accustomed to the feeling.

Of particular significance for those with COPD is the importance of frequent exercise. According to David Au, MD, professor at the University of Washington Medical School’s division of pulmonary, critical care, and sleep medicine, due to the fact that COPD causes shortness of breath, physical exercise is particularly challenging. He, as well as the Respiratory Health Association, suggest (with physician approval):

For specialized in-home care for individuals diagnosed with COPD or other chronic conditions, call on Responsive Home Care. Our staff are fully trained and experienced in providing personalized care to help make life safer and much more enjoyable. You may reach us any time at 954-486-6440 and find out why we’re the home care company Ft. Lauderdale, FL families (and other surrounding areas) trust and recommend most. To learn more about all of the areas we serve in Florida, please visit our Service Area page. 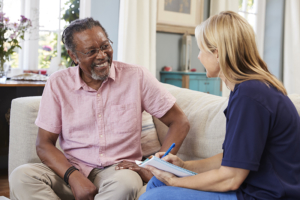 Parkinson’s diagnostic tests may be impacted in a surprising way.

You may very well not recognize her by name, but you’ve possibly come across her story. Joy Milne has an especially specialized talent: detecting Parkinson’s disease through her nose. Her gift came to light when she sensed what she describes as an “overpowering sort of nasty yeast smell” in her husband of 10 years. Soon noticing other differences in her husband, such as personality and mood differences, he ultimately sought medical assistance, and after undergoing Parkinson’s diagnostic tests, the disease was confirmed.

Subsequently, upon walking into a Parkinson’s support group meeting, that exact same scent permeated the room – despite the fact that reportedly only Joy was able to sense it. In fact, she was also able to recognize varied degrees of the scent – some whose scent was weak, while for others, it was more powerful. With both her own and her husband’s medical backgrounds (she a nurse and he a physician), this knowledge was definitely meaningful and called for further action.

Her story led her to help Tilo Kunath, a Parkinson’s disease specialist at the University of Edinburgh, with the aim of creating a tool to provide earlier diagnosis – and in the long run, treatment – of Parkinson’s.

While initially doubtful of the probability of Parkinson’s being identified through scent, he was open to further exploration after learning about the results dogs were having in identifying the odor of cancer in individuals. He then developed an approach to assess her talents, by supplying her with a random selection of t-shirts – half of which had been worn by a person clinically diagnosed with Parkinson’s, and half by individuals without the disease – and, her accuracy rate was astonishing. In fact, she missed the mark on only one of the shirts, worn by someone without Parkinson’s, but who was later diagnosed with the disease as well.

Kunath says, “Imagine a society where you could detect such a devastating condition before it’s causing problems and then prevent the problems from even occurring.” Dr. Thomas Hummel of the Technical University of Dresden’s Smell & Taste Clinic, adds that while the idea is fascinating, there are still a number of questions to first sort out.

Parkinson’s disease, in conjunction with a variety of other chronic health issues, can be more successfully managed through the help of the Ft. Lauderdale caregivers at Responsive Home Care. Give us a call at 954-486-6440 to find out if our services are available in your area and to learn more about how we can help you. 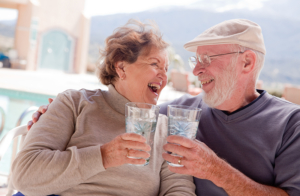 Great news for the more than 116 million Americans fighting hypertension – and, for the rest of us who’d like to prevent it. Recent research shared in the Journal of the American Heart Association links magnesium and calcium to lowered blood pressure, and it could be as easy as adding these minerals to drinking water to lower blood pressure.

The surprising results of the study revealed that those who drank salinated water, compared to those who drank freshwater, experienced lower blood pressure levels – believed to have been from the positive benefits of calcium and magnesium outweighing the negative impact of the sodium.

And while the resulting lowered blood pressure readings were small, Dr. Robert M. Carey, professor of medicine at the University of Virginia shares, “I think it’s pretty clear from many different studies that a small reduction in blood pressure, done consistently, can have a major impact in reducing cardiovascular disease and stroke.”

While further research is needed, this proactive approach would change the way hypertension is currently managed – by preventing it, rather than waiting until a diagnosis and then making lifestyle changes. It’s also important to note that at this time, the Academy of Nutrition and Dietetics does NOT recommend the use of vitamin/mineral supplements for chronic conditions, but instead advises following a nutrition-rich diet to obtain them naturally when possible.

For those diagnosed with heart disease or any other chronic disease, Responsive Home Care can help by planning and preparing nutritious meals, encouraging a more active lifestyle, providing transportation to medical appointments, and so much more. Contact us at 954-486-6440 to find out how we can help a senior you love achieve a healthier way of life! To learn about all of the areas that we serve, please visit our Service Area page. 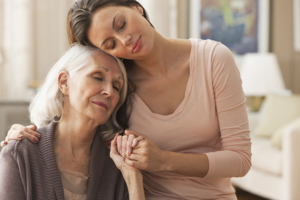 In Isaac Asimov’s opinion, “The easiest way to solve a problem is to deny it exists.” It’s a common feeling for a number of family caregivers when their loved one is diagnosed with a chronic condition, such as dementia. And even though this may generate some measure of comfort in believing that life can go forward like it always has, if only we refuse to admit this new reality, the truth is that acceptance is extremely important to obtaining necessary support.

It’s understandable for a family member to wish to accomplish everything possible independently to provide the care a senior needs. Nevertheless, frequently within the denial lie feelings of guilt, helplessness, and in many cases incompetence in the ability to “fix things.” And there are certainly major benefits to be attained – both for the senior and his or her family members – by dealing with the situation head-on, like the opportunity to savor time together, and also to learn about successful methods to deal with any issues being faced now or once the condition progresses.

AARP shares some practical things to consider for families struggling to acknowledge a loved one’s diagnosis:

Finding a dependable care partner is key. Responsive Home Care, a top provider of elder care Sunrise, FL families trust, can deal with some of the more mundane facets of care, so you can spend quality time with the older adult you love. Call us at 954-486-6440 for an in-home consultation to find out more.